Tidy up the jumpers…

GQ Comments Off on Tidy up the jumpers… 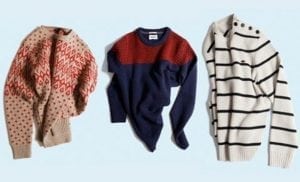 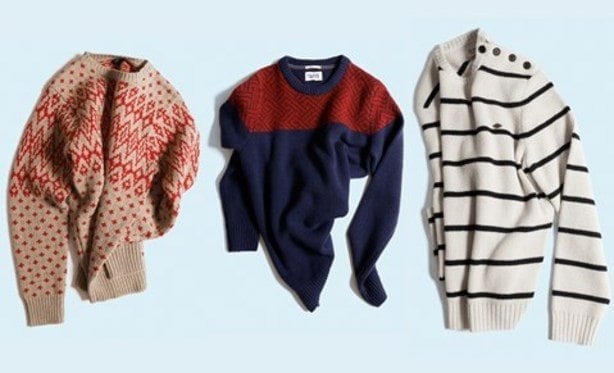 Grenson’s Tim Little on how a trip up to Edinburgh revealed the highs and lows of modern retail.

I was recently in Edinburgh visiting my daughter on her four year pub crawl that she quaintly calls “University” when I was caught out by a sudden rain shower. Not wanting to get my “waxy bald head” (my other daughters description) wet, I dived into the first available shop, which happened to be, a major department store from a national chain.

Now, if my Grandmother was still alive, she could tell you stories of how this particular store also had a branch in Nottingham that used to be called Griffin & Spalding, and it was the Harrods of the Midlands. Well-to-do ladies (whatever that meant), would meet for high tea at this glamorous centre for the upper middle classes, wearing their very best outfits and would sip Darjeeling and nibble triangular, crustless sandwiches.

Imagine my surprise therefore, not having been to into this particular chain of stores for a long time, that the modern experience is somewhat different. As I gawped at the stains on the brown crimplene tie of the 16 year old shop assistant, and marveled at the “junk shop” style displays of produce, I also noticed that the staff looked totally disconnected. They were walking past messy piles of shirts that had been rifled through without even noticing. When I asked for something and they didn’t have it, there was absolutely no attempt made to find an alternative, however, when I got to the till, I was offered a variety of random products on special offer. If only they’d shown the same enthusiasm for the things I actually wanted to buy instead of the things they wanted to sell. Had it really come to this?  Had the romance, theatre and even drama of retail gone forever? Have we finally given up?

By the way, I’m not singling out this particular store in Edinburgh for any reason other than my Grandmother had given me insight into what it once was, the truth is I also visited four other big chain stores that day that were equally determined to ignore me and talk to my wallet.

OK, I can almost hear you saying that this retail isn’t meant for a pompous, brand obsessed, vacuous loon like me, its for real, hard working folk who don’t want to spend their money on the fancy displays and trendy uniforms of the staff, they want value for money. I totally agree, however simplicity and value can still be done with care and pride. Go to Ikea and the displays are clean and beautifully designed; the staff are friendly, yet the product is still great value.

So just as I was lamenting the fact that the fun of shopping has all but gone forever, I turned a corner into an area called Stockbridge. I visited four or five independent fashion stores, a couple of beautiful cafes and even glanced into a cute barber shop where the barber took one look at my head and was hugely relieved to note that I was just looking.

I suddenly realised that inspiring, creative, retail is absolutely alive and kicking but it’s now in the hands of the independents, where they can’t fight on price because they cant order 10,000 shirts at a time. Instead they fight on everything else, from the attitude of the staff to the knowledge of the products they sell and yes, they ALWAYS tidy up the sweaters.

By now you’re even more convinced that I’m a Shoreditch prat with a beard and big glasses who is happy to pay over the odds for “designer” clobber just as long as the shop has a Gaggia cappuccino machine somewhere on display, and you’d be pretty close to the truth. However my point is simple, there is a need for both types of retail on the high street, I just wish that when the big chains visit the independents to get “inspiration” for their products they would also spend a little time to get “inspiration” for everything else they do. And, above all, please please, just tidy up the jumpers.