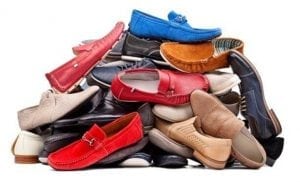 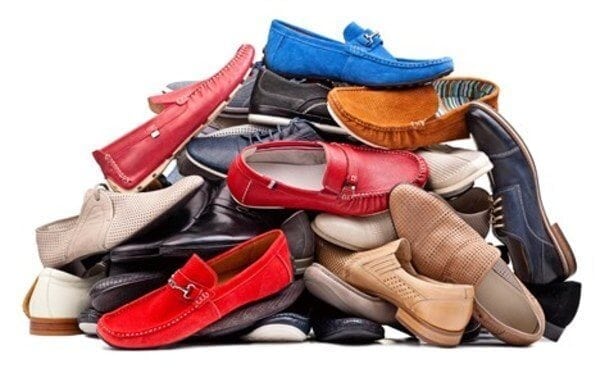 As well as his eponymous footwear brand, Tim Little owns British footwear institution Grenson. In his latest GQ blog, Tim explains why, when it comes to the news that men now spend more on shoes than women, he was one step ahead of the research…

So in the news this week, Egypt is in a state of meltdown, Spain is threatening to go to war with Britain, but, more importantly, men are buying more shoes than women. It doesn’t sound like a big story, granted, but the reason it has caught the press’ attention is that it sounds so preposterously unbelievable. Surely we all know that women buy more shoes than there are days of the week to wear them, and we know that all men have just two pairs: one for work and one for the weekend. But things have been changing and it has happened without anyone noticing. The thing is, its not just shoes, it’s all products that affect your appearance: clothes, skincare, grooming and even body art. Men have finally decided that it’s OK to care about your appearance. It’s OK to want to look good. It’s OK to spend time on something as superficial as yourself. And its OK to buy products that help you look better.

In the mid nineties when I opened my shop on the King’s Road, we sold about 80% black shoes to 20% everything else. Of the 20%, most were dark brown, which is as close to black as you can get. Now in the very same shop it is almost exactly the opposite, with only 20% being black, and the rest being almost anything but dark brown (with tan leading the way). The reason for this is simple.  Men are buying shoes to go with an outfit/because they look cool/ because they make them more attractive/ because they “just have to have them”. In other words, men are buying shoes and clothes, the way women have always done, and buying them for fun.

So why has this happened? Well, I think I might know, and the only reason I say this is because when you have a shop, you see it happening on a daily basis. If you can remember back to the first Dot Com bubble that burst around the Millenium, the hot businesses to be involved with were the trendy, young internet businesses where you would wear whatever you wanted. People wore jeans to work because they were geeks and the geeks were making all the money (or so we thought at the time). These casually dressed geeks were hugely respected as the bubble was inflating because they were showing the traditional businessmen how to build incredible value in a business in a very short period of time. Thus traditional businesses felt that maybe it was OK to dress more casually from time to time and, in a truly wonderful British way, “dress down Friday” was invented. Lawyers and accountants were now told that they had to ditch the suits at the end of the week and it sent terror through their grey offices.

Men came to us in their thousands (well maybe hundreds) begging for advice on what to wear.  They couldn’t wear jeans because it didn’t feel right, they couldn’t be better dressed than their boss as he didn’t like being shown up and they couldn’t wear the same thing two weeks running as it proved that they had no life outside of the office. And so in a stroke the business uniform was dismantled and men began to learn how to buy and wear clothes, and the reason it worked is because they did it on mass. They didn’t have to stick their neck out, they were all in it together.

Once they started, they couldn’t stop, they found that it was fun to love clothes. Men who came to me for their annual pair of black Oxfords were now buying navy suede whole cuts and tan brogues, and they were coming back every couple of months. They began to hide them from their wives and sometimes had separate credit cards, and deliveries were always to the office.  “Oh what have we been missing,” they would say* as they debated over lemon yellow chukkas and claret Chelsea boots.

So, at last, after 13 long years, men have finally caught up with women and are set to move up a gear like Usain Bolt in the final third of the race.  They are loving themselves and loving the fact that its OK to love themselves. But, most of all, men love spending money as much as women, just as long as its on themselves.

*I may have made that bit up for dramatic effect.