A nation of e-tailers

GQ Comments Off on A nation of e-tailers 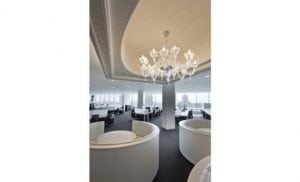 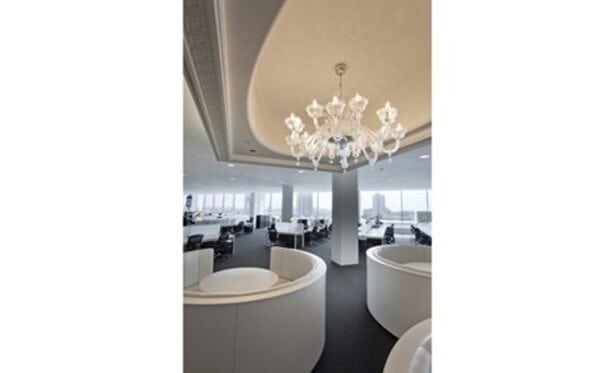 Last week I was lucky enough to visit the underground lair of the villain in the next James Bond movie, and mightily impressed I was too. Every detail had been thought out: glass meeting pods were stocked with hundreds of leather chairs and rows of workers were tapping away at white computers while glancing up at paper-thin screens showing the world and how they were dominating it. This was truly a modern utopia, a new way, and it made me want to be a baddie.

I tell a lie – it was actually the new offices of Mr Porter, the brother to the enormously successful Net-À-Porter, the online fashion e-tailer, and they literally made my jaw drop. It wasn’t the beautiful design, the incredible working environment, or even the fact that everyone was attractive (except me of course). No, it was the sheer scale and efficiency of the place. There wasn’t a piece of paper out of place, there wasn’t a speck of dust anywhere and there certainly wasn’t any noise. What struck me was that this was an immensely powerful force. It was, quite simply, the future of retail.

Just seeing the scale of this operation showed me not that online retail was starting to happen in a big way, but that it has already happened in a big way and is about to happen in a very, very big way. And let’s face it, Net-À-Porter has some equally impressive competitors such as my-wardrobe.com, Asos, Coggles and so on, with many more in the wings ready to jump on the bandwagon.

On the High Street, the bricks-and-mortar retailers are either jumping on the bandwagon themselves or getting hot under the collar about their new competition. Then they have to deal with the whole issue of brands now selling direct to their own consumers and pocketing the retail margin (I mean “connecting with their customers”).

The problem on the High Street is that people keep naively saying, “Shops will be fine because customers will always want to touch and feel the product.” But the point is that if you own a shop or two and are making a small but comfortable profit, if 15 per cent of your customers then start buying online, this will be enough to push you into loss. On top of that, landlords seem intent on pushing up rents regardless of economic condition. Rates are going up, even though services provided are dwindling, and staff aren’t going to accept pay reductions any time soon. Basically the High Street retailer is getting royally squeezed.

So how will it all end up? Well don’t ask me, I only pose the questions. However I believe that all industries when faced with massive change must ultimately adapt. In menswear, shops have already started to fight back by creating beautiful environments within their four walls. Stores such as Oliver Spencer, Hostem, Present, Topman General Store, Folk, Matches, (dare I sayGrenson Spitalfields?) and many, many more are doing something that an e-tailer can never do – create a three-dimensional immersion in the brand. Also they are upping the service by training staff and giving the customer help and advice that is difficult to do online.

The big point however is that everything is merging. Physical stores, e-tail and editorial are coming under one roof as the best brands and retailers realise they can do all three.

Retailers are investing in their websites and converting their expertise into online business. A website is being seen as an additional shop, not as a different business, and now even proper editorial (led by Mr Porter) is becoming part of the e-tail experience. I believe that in time all the best retailers will have some bricks-and-mortar, online and editorial.

In addition, the magazines who are going online will begin to do more and more e-tail and eventually everything will merge.  The reason for this is that the technology allows it. Once you open the door, the crowd will go through it.

There is a very cool shop in Malmö (yes, Malmö ) called Très Bien that is currently one of the most respected menswear stores in the world. It’s not because the male fashionista is jumping on the sea plane to visit that distant part of the globe, it’s because it has a cool store (credibility), a blog (editorial to pass on ideas) and a webshop (to sell stuff). I use this as an example because of the remote location but an even better example is Tenue de Nîmes in Amsterdam: a gorgeous shop, a great online store and a lovely bi-annual magazine to boot.

So that’s it: once your brand is known, whether it’s a magazine, shop or website, you can combine all of the disciplines and make yourself far more powerful. Which is why I’m suggesting thatGrenson starts a magazine. “Welting Today” is the working title…